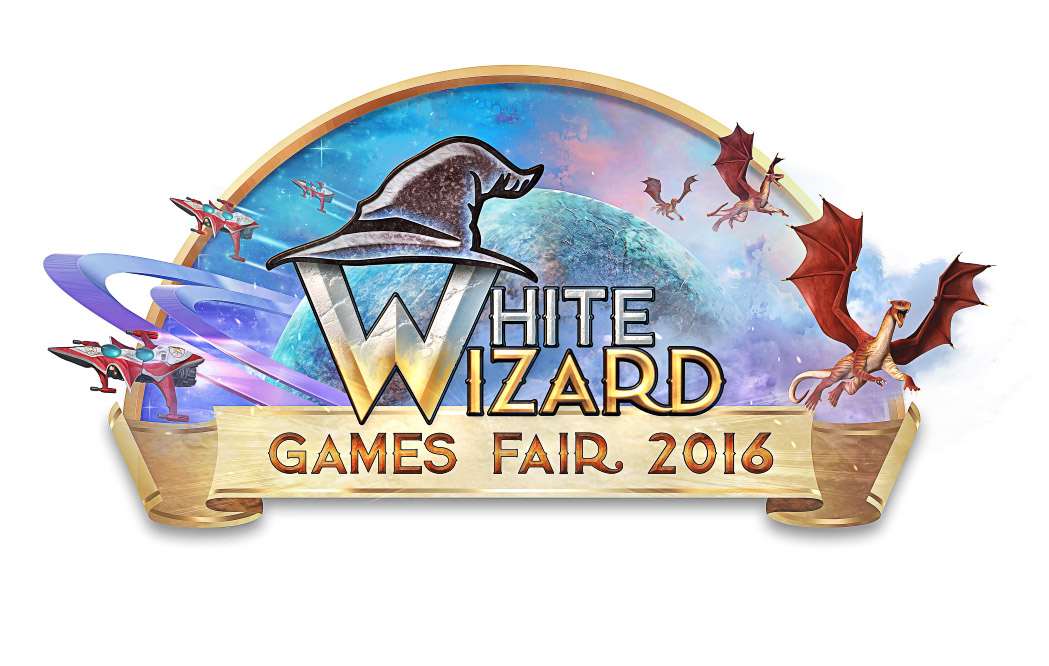 We have lots of exciting White Wizard Games news to share including:

We hope to see many of you in Boston! 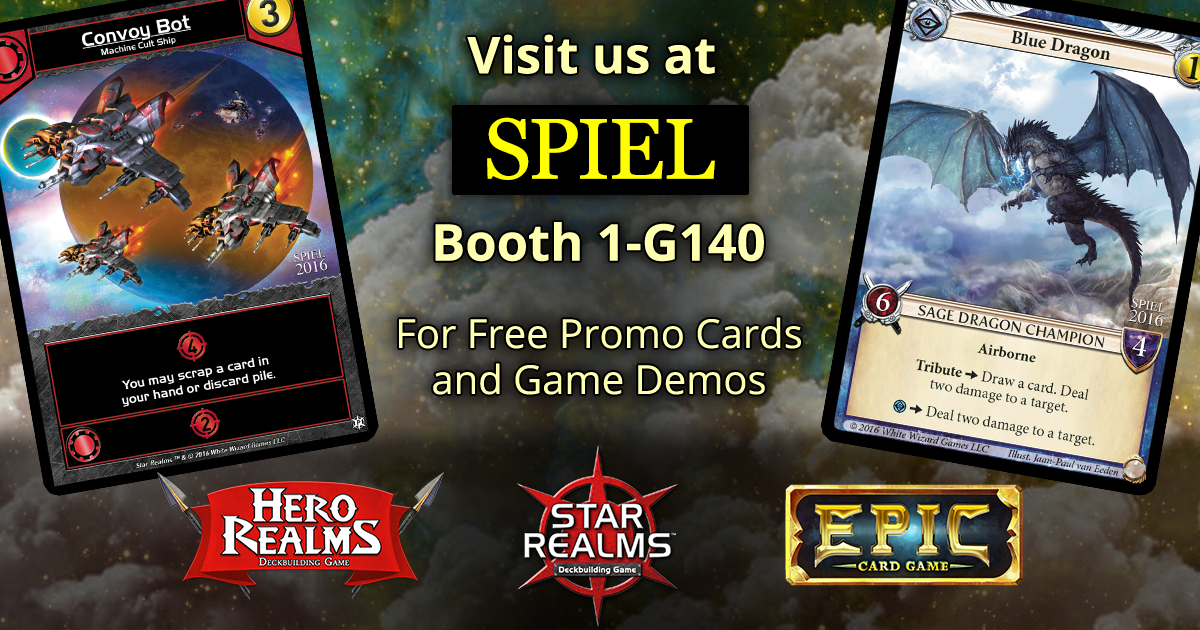 Epic World Championship Updates
Our Worlds page continues to be updated with new locations for Qualifiers. Check it out to see some of the new events we have in the UK, Sweden, New York, Florida, and Virginia! We have a few slots left, so if you want to see a Qualifier at your local store, email events@whitewizardgames.com. We also have 12 last chance qualifiers at the White Wizard Games Fair.

Also, check out the newest Winner Profile we have on Epic player, Martin Dickie! 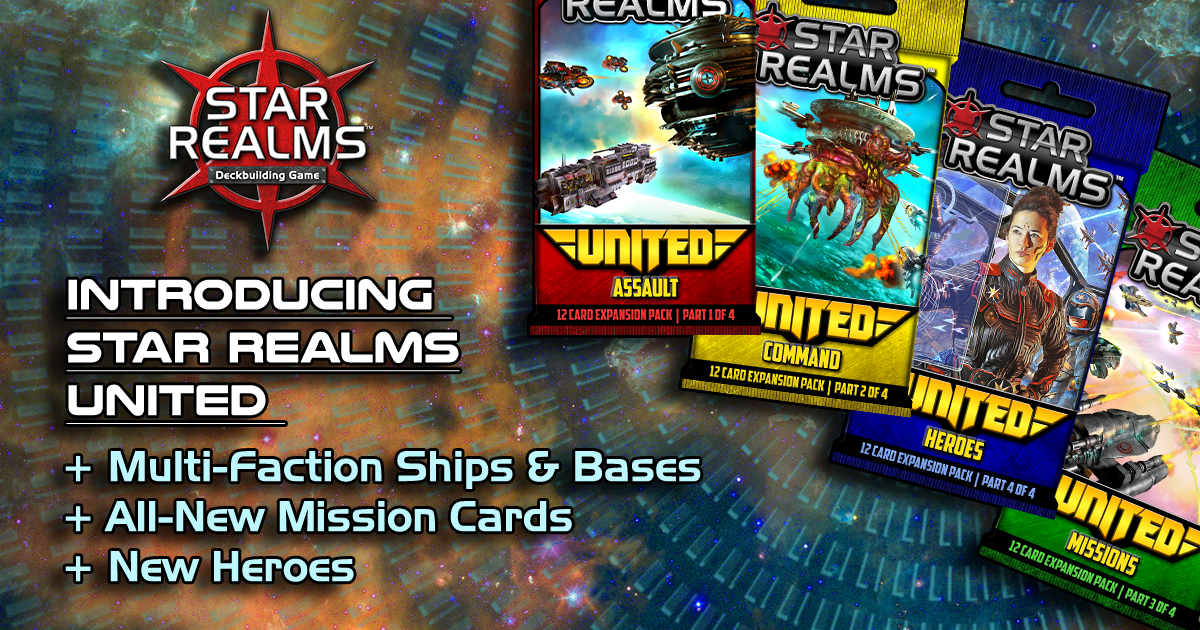 As the fight for galactic dominance rages, once unthinkable alliances have become a reality. Harness these newly united powers or be destroyed by them.

Star Realms United is a four pack expansion that features multi-faction ships and bases, powerful new heroes, and all-new missions cards that give players a new way to play and win! Available now for pre-order! Coming to stores in November!

The engines of death and destruction are constantly evolving to keep up with the cries for victory.

The Fleets & Fortresses expansion will add eight new ships and bases to your Trade Deck. These range from Spike Pod: an aggressive and useful new one cost ship for the Blobs, to Capitol World: a powerful new eight cost base for the Trade Federation. Coming to the Star Realms Digital App on October 15th!

Hero Realms Shipping to Backers!
Pledge Surveys have gone out to all of our backers, and we will start shipping Hero Realms this month! You can see what the game looks like in our unboxing video.

All the best,
The White Wizard Games Team