A message from Onyx Path Publishing. 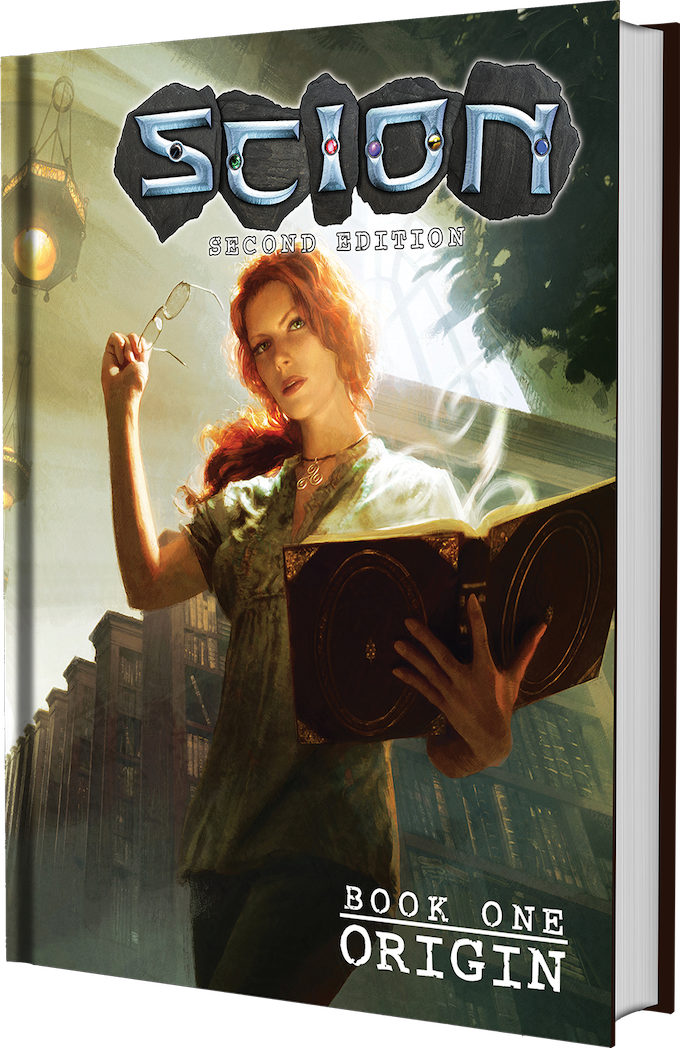 Scion is a game about gods, humanity, and everything in between. It’s a game about mythic deeds and the legends those deeds engender.

The ancient powers never fully went away. They wander our modern roads and cities, mingling with the teeming masses of humanity. You are one of their children, born to the magic of yesterday and the promise of tomorrow.

Armed with weapons possessed of mighty powers, the Scions, divine offspring of both god and man, stand as humanity’s only defense against the savage Titans, dread forebears of the gods. Even the gods themselves cannot stand united, as ancient rivalries spring forth once more.

Will you rise to the heights of power through your heroism?

Will you become more than just a pawn in a spiteful divine game?

What great events will mark your ascent to godhood?

Scion Second Edition relaunches the award-winning Scion tabletop RPG setting with books which define and expand the game’s setting, called the World, and the godly pantheons defining that World.

We are starting with Scion: Origin and Scion: Hero, corebooks which are used together to play Scions that begin as mortals in Scion: Origin, and fan the spark of divinity within in Scion: Hero. Ultimately we will continue the series with further corebooks that allow the player characters to increase in power until they take their seats at the right hand of their parents, the gods. Or perhaps, overthrow them.

Scion: Origin and Scion: Hero, are corebooks that together contain the rules for the Storypath System, the setting of the World, and how to make characters in the World of Scion.

Support this project and check out some extended previews on Kickstarter.com!