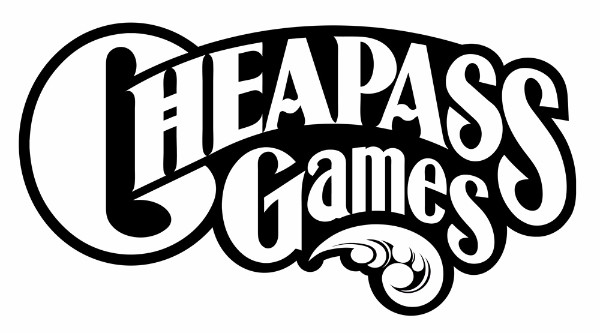 Seattle, WA—April 19, 2016. Today Cheapass Games launched a Kickstarter for Tak, a two-player abstract strategy game based the works of Patrick Rothfuss and brought to life by James Ernest. Tak is described in The Wise Man’s Fear as a beautiful game both “simple in its rules [and] complex in its strategy.”

“I was excited by the idea of creating a new classic.” says James Ernest, Tak designer and President of Cheapass Games. “Something along the lines of chess, Go, or mancala.”

When Ernest first approached Rothfuss about designing Tak, Rothfuss was less than enthusiastic.

“Honestly, I didn’t want to. I so didn’t want to.” said Rothfuss on a Tak panel during the 2016 JoCo Cruise. “I said something along the lines of ‘You can’t make it. Nobody can make it. Even if you made it, you wouldn’t be able to make it right. And if you did make it right, nobody would want to play it.’

And then James shows up with this thing, and it was… so [expletive] good. It was beautiful. It was elegant. It was irritating, because I hate being wrong.”

The current version Tak has more than a year of playtesting and design behind it. The game includes two sets of pieces in different colors and a board resembling a chess board. Players have the simple goal of making a road of their pieces from one side of the board to the other by placing pieces in empty spaces, creating stacks of pieces, and utilizing their powerful capstone pieces. Full rules can be found at Cheapass.com in the form of an open beta, and players can even enjoy Tak online thanks to avid fan Chaitanya Vadrevu.

The Tak Kickstarter offers sets ranging from the affordable tavern set to the full retail set as well as a companion book by Ernest and Rothfuss. The book will discuss the origins and history of Tak and feature illustrations by artist Nate Taylor. Luxury Tak sets and special capstones reflecting the aesthetic of different parts of Temerant (the world in which the Kingkiller Chronicle is set) will be introduced later in the campaign.

The Tak Kickstarter is live now and will run until Friday, May 20th.